Note: The people of Delgar use octal math.

Coin weight is usually inconsequential since most people use paper money for values of 10gp or more.

Different currencies are used in different parts of the world, but most of them are pegged to the Belgritian mark due to its near-universal acceptance in global trade. Each currency in wide current circulation is detailed here, as well as some interesting special cases. 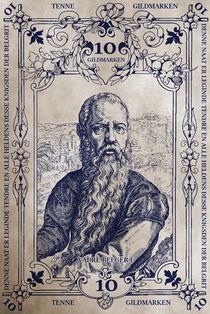 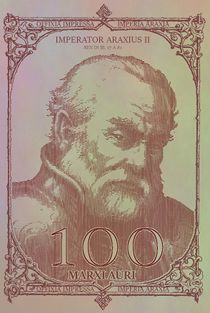 Use of coins for anything of significant value (108 marks or more) is very unusual due to the inconvenience of carrying bags of metal disks around. Use of coins for anything beyond making change usually marks someone as an adventurer (who may be traveling to places where paper money is not accepted, or is trying to pay with ancient coins they dug out of a dragon's lair or something) or as someone who is normally paid in coins (like a shoe shiner).